The Return of Magic - Michael Anderson

The Return of Magic 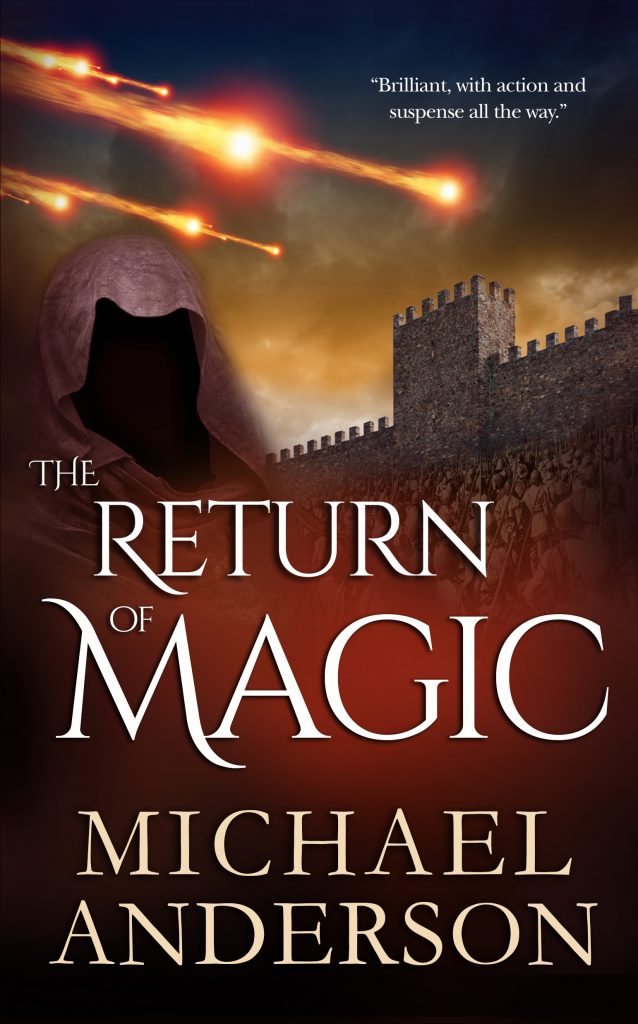 An ancient evil threatens the whole world with annihilation

An unexpected attack on a Northern trading outpost by wild tribesmen leads a veteran hunter to question why the armour he discovered strikes such terror into the attacker’s hearts. An amateur historian tries to make sense of the obscure texts he has unearthed. In love and running away from their village, a young man and a woman meet a man with strange powers, and along with a wanted criminal and the runaway daughter of a Duke, make their way South looking for answers to some troubling questions.

The disparate groups’ paths cross and they decide to join forces.

Ranging from the Imperial grandeur of the capital, Halvor, to the inhospitable island kingdoms of Petra and Amman-Ru in the South and the bleak isolation of Yavik in the North, the travellers search for a truth that becomes ever more frightening with every step they take, as the forces of evil make their presence felt and seek to thwart them.

As the threat becomes very real the Imperium and its allies desperately race against time to gather their forces. They face a seemingly unstoppable and bloodthirsty foe whose minions vastly outnumber them and who threatens to overwhelm and obliterate them all.

You can purchase this book online at:

Categories
2016 - All rights reserved.
developed by Dreams Media
To Top